Hard work. It’s not a concept that is foreign to Steven Iberlin. Growing up on a ranch in Wyoming, Iberlin has always known hard work. In fact, he has always embraced it. And it’s that mentality and that work ethic that has led Iberlin to becoming one of Williams, Porter, Day, and Neville’s finest young attorneys.

But it almost didn’t happen; and it might not have if it weren’t for his sister.

Iberlin’s sister, Amy, is a partner at WPDN- herself no stranger to hard work. The two are close; about as close as a brother and sister can be. They’re friends. They’re coworkers. They work cases together. And they continue to inspire each other.

It was Amy that actually inspired Steven to pursue a law degree.

“I was in college and Amy was in law school at the time,” Iberlin shared. “I was finishing up my undergraduate education and I just thought what she was doing was a lot more interesting than what I was doing. And that’s really what kind of got planted in my brain; that I would just go do the same thing.”

Originally, Iberlin planned to get his degree at Montana State University in Bozeman, but he was a Wyoming kid, through and through. So, after his first semester, he transferred to UW and began the next chapter of the rest of his life.

“I think transferring to the University of Wyoming is probably one of the best decisions I’ve ever made,” Iberlin said. “I received a great education at a reasonable price and, more importantly, I think there’s something special about Wyoming, in particular. It’s unique. It’s like the sign says; ‘Like no other place on earth.’”

And it was exactly where Iberlin wanted to begin his career in law.

Iberlin graduated law school in 2017, worked on the family ranch for a couple of months, and then completed the bar exam in 2018. Following that, he worked as a law clerk for the Honorable Judge Peasley.

“Law school is one thing, but clerking really helped me understand the law and what we were doing,” Iberlin stated. “It really slowed things down for me and helped me see what good lawyering was all about.”

Iberlin said the job taught him how to be a better writer, but it also taught him to look, to listen, and to study.

It wasn’t just the job itself that Iberlin learned from; it was also Judge Peasley.

“More than an attorney, he taught me about being a good man, who is kind to himselF,  and always there for his family” Iberlin revealed. “Judge is married man with three daughters and from the first day of my clerkship, he was always telling me that you have to keep a good work/life balance because this profession can really drain on you. So, the things he taught me; sure, he taught me how to be a better writer, and he taught me things about the law and stuff like that. But what he really preached and what I really took from him, is that I needed to do my best to maintain a good work-life balance, and to be happy.”

While Iberlin was busy clerking, his sister was climbing the ladder of success to WPDN. Eventually, she would become a partner at the firm. And she would constantly extoll the virtues of WPDN to her little brother.

“Amy had been here for a couple years and I had some hesitations about working with her and being here, but I wanted to be in Casper,” Iberlin shared. “Both my brother, Lee, and sister lived here at the time, and I wanted to be closer to them.”

The hesitation to work with his sister is an understandable one. Like any set of siblings, there were always cases of being competitive. In a family that strives to produce the best, that’s sure to happen because there can only be one ‘best.’ But the thing about Steven and Amy is this: they both want to be successful but, even more than that, they want to see the other succeed. They push each other, not to be the best of the family, but to simply be the best versions of themselves.

And that’s exactly what they have been doing.

“I don’t necessarily think it’s me competing against Amy,” Iberlin said. “I mean, she’s a partner. I’m an associate. Obviously, I feel like I have to meet my expectations, even if they’re not set by her or anyone else. They’re just internalized.”

So, Iberlin set his expectations and he got in touch with WPDN and interviewed with the partners.

“It was definitely intimidating,” he laughed. “There are a bunch of  impressive attorneys and other professionals who work here, most of whom I had never met. WPDN is one of, if not the best, law firm in the state and I saw that, even when I was clerking for Judge Peasley. I saw that attorney’s from WPDN were high caliber, good writers and prepared for Court. The firm carried the reputation of providing exceptional representation. So, I knew I wanted to be a part of something like that.”

Iberlin’s practice areas include insurance defense, general civil litigation, family law, and criminal defense. He can write like Hamilton (like he’s running out of time), but he prefers to be in front of a judge or jury.

“Writing well is a required skill for this profession, but at the end of the day,  I really want to be a trial attorney,” Iberlin said. “I want to stand up in court and do my thing.”

And he does his thing well. Iberlin has won cases and lost cases but, like with most of us, it’s the losses that he focuses on more. 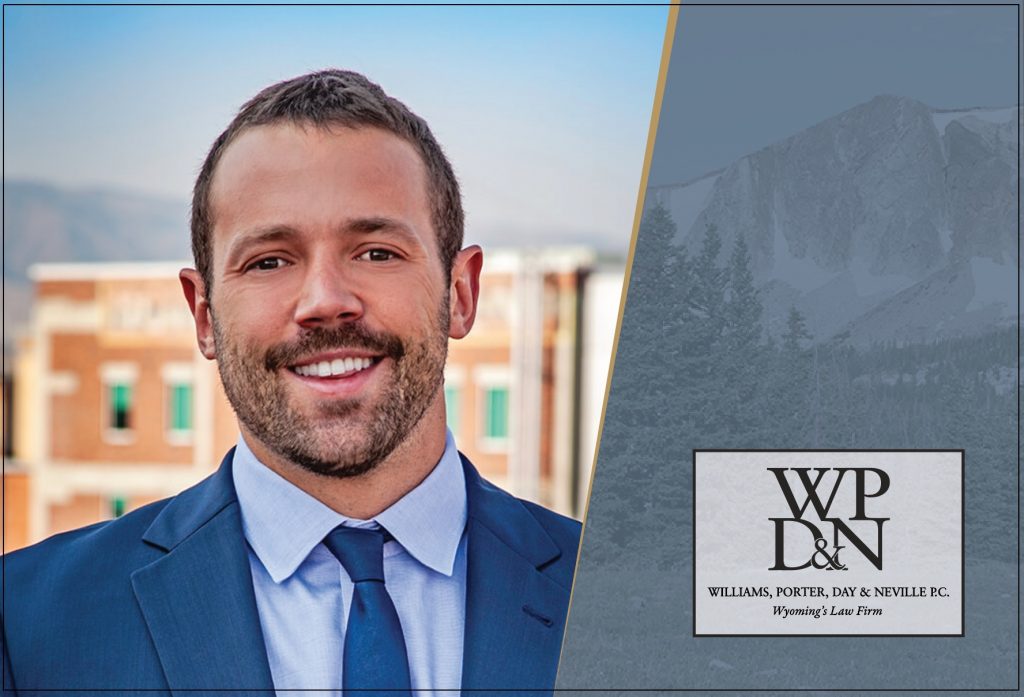 Iberlin works hard to be the best, both as an attorney and as a man. He has to, now, because the stakes are high; higher than they’ve ever been. And they have nothing to do with his job.

“I started here in September (2020) and my son was born in October,” Iberlin revealed. “He’s 18 months old now. And being a dad is the greatest gift I’ve ever been given. He’s the best thing in my life.”

And so, as his son grows from baby to boy, what are the lessons Iberlin wants to teach? What is the example that he wants to set?

“One of the things I’ve taken from my family, from my dad in particular, is that it’s going to take a lot of hard work to get where you want to be in life,” Iberlin said. “It’s a lot of late nights and early mornings. And I just hope that I can emulate the same kind of person that I saw growing up; someone that does whatever it takes, no matter what.”

Hard work. There’s that phrase again. It’s something that has been ingrained in the Iberlin children since birth. It’s something that, above all else, both Steven and Amy pride themselves on. And it’s the importance of it that Steven intends to pass on to his son.

And, at the end of the day, one of Steven’s most positive influences has been his sister.

“She’s taught me that there are no excuses,” Iberlin said of his sister. “Just go get it done. ‘It’s time to go to work’ is the kind of vibe that I’ve always gotten from her. We do some cases together and I definitely want to keep working with her. She’s one of my best friends and one of the closest people to me in my life.”

Amy feels the same way. In fact, she had a few more words of advice for her little brother.

“Always be nice,” she said. “Be respectful and be reasonable to everyone you encounter in this profession. You are the best person I know. Always remember that. Know your worth and never settle for anything less than you deserve.